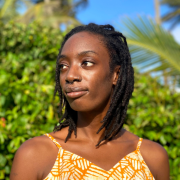 Right in the midst of a successful crowdfunding campaign, I speak to Kevin Braddock about Torchlight System and how it came about.

Give us a brief intro on you and your mission

I’m Kevin Braddock, I’ve been a writer-editor for over 20 years and worked for titles such as The Face, GQ, Esquire and The Guardian, and recently I’ve been developing a project called Torchlight System, which offers new ways to talk about, deal with and recover from issues such as depression and anxiety, which I’ve suffered from. The project includes a magazine/book I made called Torchlight: A Publication About Asking For Help, and set of Practice Cards – a pack of playing cards showing suggestions for daily management of anxiety and depression. Shuffle the pack, pick two cards, try to do one of the suggestions and build positive daily habits every day. This project came out of a major depressive episode I had three years ago while living in Berlin, where I was suffering with intense suicidal ideation. I asked for help, help came, I was taken to hospital, and I’ve been on a recovery journey ever since. I wanted to use the experience I have in media, publishing and narrative to make new and useful tools for anyone who is suffering the same things.

How did you first become interested in mental health?

I’d had problem with anxiety and depression since the age of around 21, when I started suffering panic attacks and was diagnosed with OCD and stress-related depression. Then I had another episode when I was around 30, and then this last episode when I was 42. So I’ve always been conscious of these problems, but only recently did I think I should be active as a writer-editor in this area. I mean, I had no choice really…after I had this breakdown, someone I know said to me, “From now on Kev, be really open and honest about these things, confront them head on and seeing as you’re a writer, write about them”. I asked this person why they thought that. It turned someone close to them had taken their own life as a result of suffering from depression. So I thought, okay, I’ve been told the truth. I’ll get on with it.

Was your life on a different path before you discovered this calling?

Yes, I’d worked for music and fashion magazines, and been part of what people might think of as quite a glamorous world which, however, can often feel very empty and lonely when you’re in it: a world of façades and appearances. I feel lucky to have been part of this world and make a career in it, but over the last few years I realised I didn’t really fit in, or rather that it was making me someone who I wasn’t. This isn’t a criticism of those worlds, more just that it took me way too long to realise they weren’t for me.

How did you make the transition into working for yourself?

I studied French at Goldsmiths College and began working for music magazines when I left in 1994, first as an intern or on work experience, and then as a paid writer. I moved into fashion magazines such as The Face (which was a brilliant magazine and a great place to work) towards the end of my twenties, and then did a lot of work for magazines like GQ, where I was a contributing editor. I’ve done staff roles as well as freelance, along with writing articles for some of the broadsheets and doing consultancy work as well. Freelancing gives you a lot of freedom, but it is a very insecure way to live. I recently quit my job (at a great company called Made by Many where I was an in-house writer-editor) because I realised I needed to commit to Torchlight System fully.

Since you initially asked for help, I imagine there have been many more challenges. How do you manage stress/anxiety/depression while running Torchlight?

There have been challenges, yes – I’ve been on a hard road, so to speak. It has taken quite a while to recover from this breakdown (or burnout, or major depressive episode) and I regard myself as a person in recovery, rather than someone who has “got better”, if that makes sense. At the time I also had glandular fever which takes a long time  to get over. But it has been an ongoing process of change, learning, adaptation and growth. The Practice Cards I made are my own system for self-management and I use them every day; at the same time I thought they would be useful to others, which is why I published them. These days I know that if I’m going running regularly, practicing tai chi, eating, drinking and sleeping well, connecting with others, avoiding stress, finding time to switch off, and giving, listening to and helping others, and doing creative things, I generally stay balanced mentally, physically and spiritually: they all go hand in hand. I also know that periods of anxiety and depression will come and go, and these cards can help prevent or deal with them when they arrive.

What’s next for Torchlight?

We’ve been running a crowdfunding campaign to get the publication and cards back into print, to get them to a wider audience and spread the message that it’s okay to ask for help and talk about these issues. I originally printed 450 copies of the magazine and 600 packs of cards; initially I gave some out to friends, family and people who helped me through the worst of this episode (I was fortunate and had a hell of a lot of help…) partly as a way of saying thank you to them, and then after writing a story in the Observer magazine, everything I had left sold out within a few days. So that’s the mission for this year. Next year, my friends and I are planning to make a second volume of Practice Cards with a different theme, and work on a second, collaborative publication, to include a range of stories by professional as well as non-professional writers and creatives. I run a series of small, low-key storytelling meetups (called “Firegazing” evenings) at my flat in south London, and it always amazes me to hear other people’s stories of how they deal with these issues. In the end, we think that these “tools for talking” should be available in every school, recovery centre, community group, business and organisation – anywhere where people might need help.

What advice would you give to someone who needs to ask for help but is afraid?

It can be really frightening dealing with anxiety and depression alone, but even more frightening to ask for help mainly, I think, because it feels shameful. But asking for help is how recovery begins – at least, this was my experience. In the past three years I’ve been blown away time and time again by how sympathetic people have been towards me – not only friends and family, but also people I met randomly, and equally, just how many people have been affected personally by these issues. My guess is that anyone who has struggled with these issues becomes qualified to help others, so asking for help is not only a way to help yourself, but could also, eventually, help others too. But practically, start with the people closest to you, then your GP and think about contacting some of the services such as Samaritans (call 116 123) or the CALM (Campaign Against Living Miserably) hotline (0800 58 58 58). If you’re a student then most universities have health and welfare departments, and it’s interesting to see that at work nowadays, more and more HR departments are taking mental health seriously. The situation isn’t perfect, but it seems to be improving.

Learning to live with conditions such as anxiety and depression can be a lifelong challenge, but there is a flipside: most of the people I know who have suffered from these things (and that counts a lot of my friends) have become more rounded, empathetic and probably creative people as a result. Torchlight System is in one way about transforming the suffering and negative energy into something beautiful, useful and collaborative.

It’s great to see that since I spoke to Kevin, Torchlight System has more than surpassed their crowdfunding target – but there is still room for more backers if you’d like to get involved! You can contact Kevin through any of the platforms below.